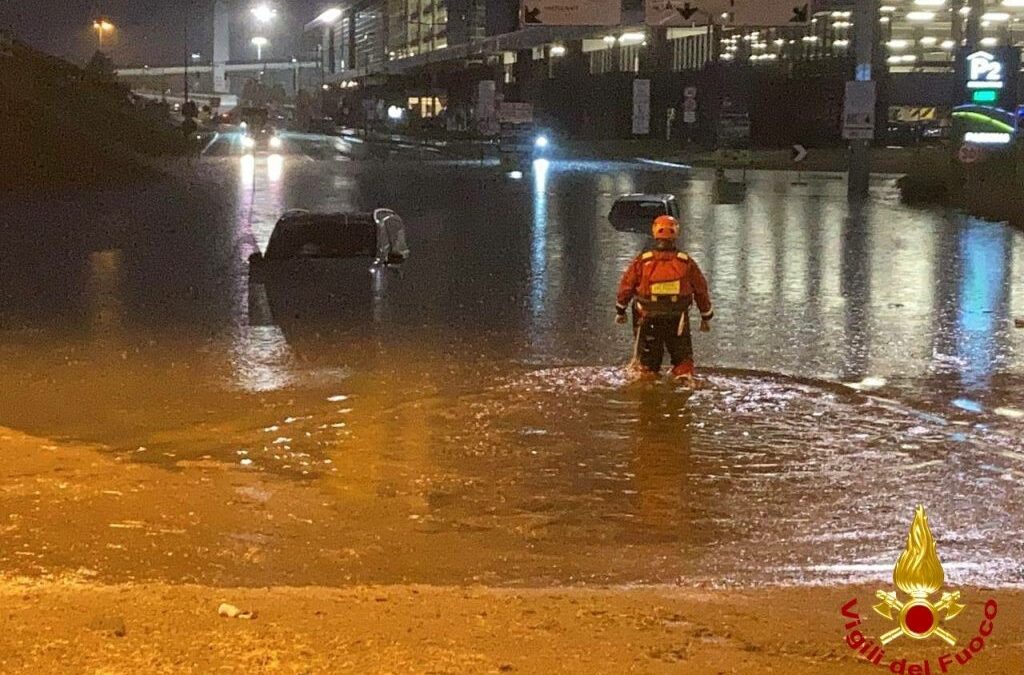 Late last night many calls to the emergency numbers were placed to request help from people trapped in their cars. The Fire Brigade rescued several people through the use of rescue boats.

For a few hours, the Malpensa airport remained completely closed to air traffic. As a result, air freight traffic has also undergone some cancellations which concerned, in particular, the flights of the express couriers FedEx, Dhl, and the Russian company Cargologicair. Air traffic gradually resumed around 11 pm. Today sept. 17th cargo deliveries at MXP airport were delayed due to the long queues of trucks, trying to reach the Cargo City warehouses.

On 7 September, the event, now in its sixth edition, is an opportunity to increase knowledge among air companies operating in the forwarding sector, carriers, handlers.

The major exponents of the confederal system (Confetra) and representatives of the most important Florentine and Tuscan institutions attended.

President Mario Bartoli greeted the participants and briefly mentioned the latest Istat data of the sector noting that Tuscan exports recorded an increase of 11.3% in the first quarter of 2021, contributing alone to 1 point percentage of the growth of national exports and that Air traffic at 31 July increased by 14.3% as did sea traffic (data referring to the first quarter) by 3%.

There are several problems affecting the two sectors, such as the shortage of containers and flights since most of the companies have not rescheduled flights on the route to and from Italy.

This situation causes airlines and shipping companies to increase freight prices, in particular on some commercial routes such as that between Asia and Europe. These extraordinary increases continue to impact the operations of national companies, both due to the cost of raw materials and also due to severe delays in delivery times.

This was followed by a brief intervention by the President of Confetra Guido Nicolini, who wanted to underline how ASSO.To.SCA, founded in 1963, is a historical association of the confederal system and recently became an active part of the constitution of CONFETRA TOSCANA, a body that represents the categories of our sector at the political, economic, social, and trade union levels.

Part of the proceeds from the evening went to the “L’Amore di Matteo Coveri” ONLUS, dedicated to the project that studies the molecule that inhibits childhood cancer.