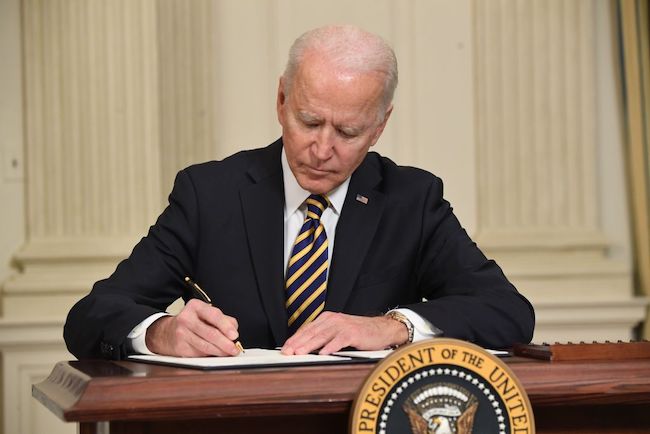 Late last week, word began circulating that the President was planning to sign an Executive Order that would take some action on the pricing and service failures plaguing shippers.

An Executive Order does not require Congressional approval. As such, what an E.O. is capable of doing is limited in scope, is limited to a policy priority, and is usually targeted at either giving agency guidance or requiring them to take an action.

The Executive Order signed last Friday is focused largely on competition that hurts American consumers and covers a variety of other areas including telecom and agriculture. For shippers, however, demurrage and detention charges by ocean carriers and the rates and services of the handful of remaining Class I railroads were specifically mentioned.
The initial reaction from the World Shipping Council, the trade association representing carriers, was muted and implied that ordering the FMC alone to investigate and take action would have little to no impact on the flood of imports arriving at America’s ports.

While likely true, the World Shipping Council also bears responsibility for choices surrounding their members’ managing of blanked sailings, imposition of surcharges, and choices to decline loaded export bookings in favor of returning to Asia with vessels full of empty containers.

This is why on Monday when the first-ever joint interagency Memorandum of Understanding between the FMC and Justice Department was announced, it may be the first warning shot fired at carriers who operate in a very grey area when it comes to antitrust behavior. 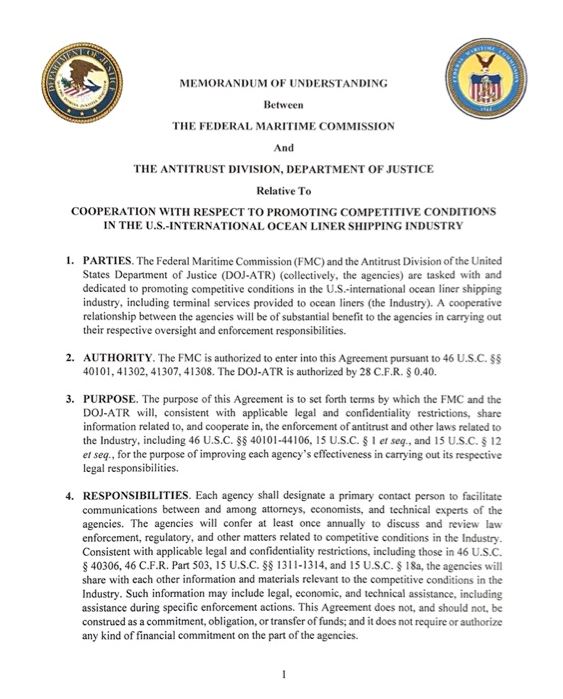 The MOU will (our emphasis), “…share information related to, and cooperate in, the enforcement of antitrust and other laws related to the Industry…”

Will this translate into an immediate decrease in rates and surcharges? Likely not. Prosecution of anti-competitive behavior is a years-long process of investigation before bringing forth an indictment. Will carriers weigh riding out this action in hopes of a change of administration after the next election or think that the FMC and DOJ will lose interest? They would do so at their own peril because in the early 2000s, airlines were prosecuted for price-fixing surcharges and just last year an executive was extradited from Italy and sentenced to fourteen months in prison for her role more than a decade prior.