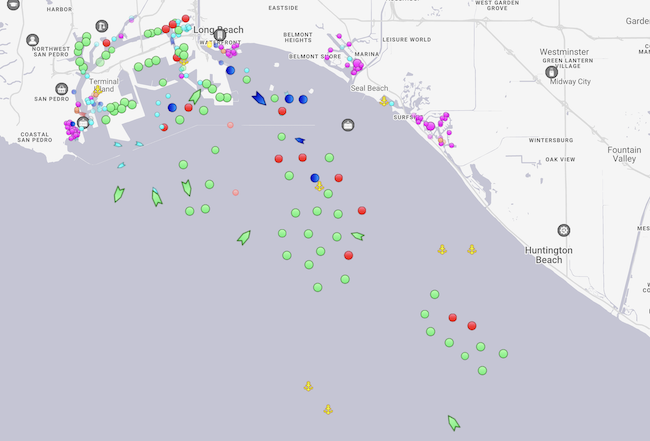 The mess that is the Southern California port complex is now having another cascading effect – blanked sailings. At the start of the pandemic, carriers were voluntarily blanking – or skipping – sailings because of the lack of cargo departing Asia.

This time around, the sailings are being blanked because every green dot you see above is acontainer ship waiting to get unloaded with imports, loaded with exports and empties and raceback to Asia.

Note: The above image was captured shortly before 8:00 ET today. 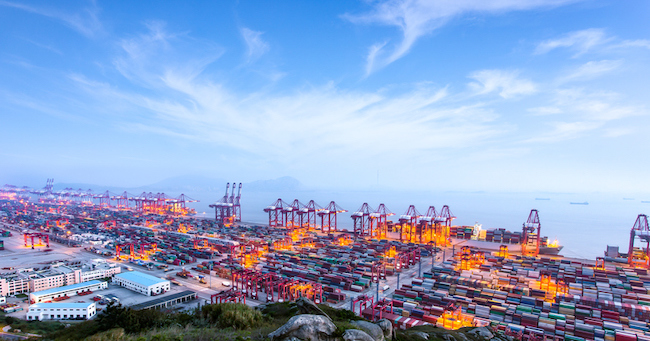 Not just the transpacific: Asia – Europe blanked sailings as well.

For shippers who have been fighting to secure space on a trade lane with lack of space andeven higher rates than eastbound transpacific cargo, this news is not welcome. The roll pool inAsia for cargo awaiting departure doesn’t show any signs of abating and even with theupcoming Chinese New Year, the prevailing thought which is not confirmed by the carriers isthat the goal is to return stability to their scheduling. Once again – a move made to the benefit of the carriers but at the expense of their customers. 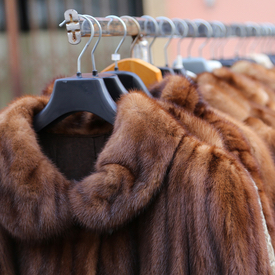 Effective January 1st, the city of Los Angeles began a commercial ban on furs and fur products,including the use of inter-city distribution centers. Our clients in this area should read thedetails and we will work to adjust supply chains as needed.

Perhaps “rising” is a misnomer as a major US intermodal provider has announced an increase ofmore than ten percent in some markets to cope with costs needed to restore network fluidity.The story in the Journal of Commerce.

Brexit going as poorly as expected.

The only people who apparently believed that Brexit would go off without a hitch weremembers of Boris Johnson’s government as we continue to hear about the challenges faced byboth our UK and European offices moving goods into and out of the country via road and ferry. 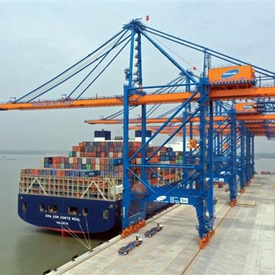 As companies diversify their supply chain into neighboring Asian countries like Vietnam (whereECX has an office), the challenge is often infrastructure to support air cargo lift and the largergeneration of containerships.
Gemalink International Port at Cai Mep is attracting calls from large Alliance ships and willprovide capacity to fuel Vietnamese export growth.