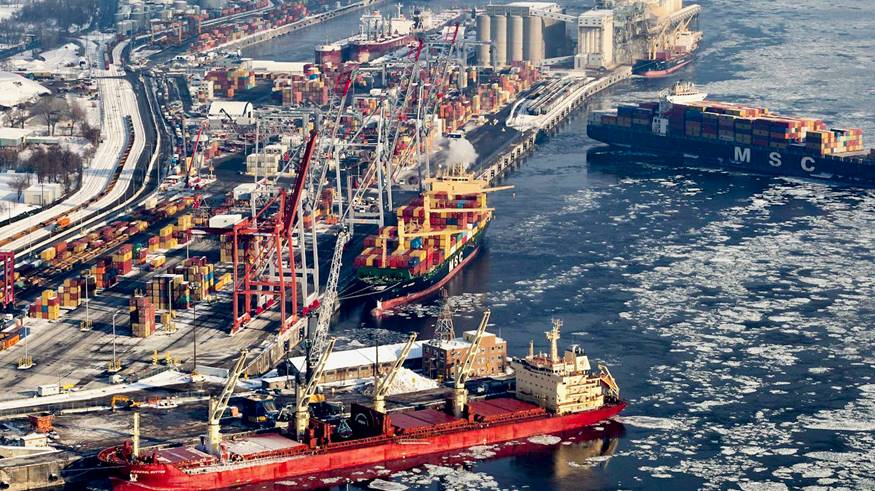 Footwear importers take note and write the USTR and Congress.

FROM CIFFA Daily News and Updates

Ocean Updates
Breaking news: Longshoremen’s union local 375 gives 72 hour strike notice. The Longshoremen’s union has given 72 hour notice to the Maritime Employers Association that as of April 26 at 7:00 a.m. the union will be in a legal strike position. All work performed by the union members at the port will cease except for Oceanex services protected as essential.
Economic Recovery Imperilled by Port Labour Dispute, Says CIFFA CIFFA issued a press release yesterday about the labour situation at the Port of Montreal. It read in part: In the same week the federal government committed tens of billions to stimulate the economy, a labour dispute in one of Canada’s most critical transportation hubs is acting to supress economic growth,” says Bruce Rodgers, Executive Director of the Canadian International Freight Forwarders Association. The businesses and citizens of Montreal and Quebec have become pawns in a destructive game played by the parties in the Port of Montreal’s ongoing labour dispute, says the Executive Director of the Canadian International Freight Forwarders Association. An orchestrated slowdown over the last two weeks has led to a growing backlog at the Port.
Updates from Maritime Employers Association and Longshoremen’s Union The MEA sent out the following message yesterday. The Maritime Employers Association (MEA) is still waiting for a response from the union on the two counter-offers filed with the mediators on April 15, and is also waiting to hear the next steps from the mediators. In the meantime, we feel it is necessary to clarify the following.

There have been no bargaining days since April 15, even though the MEA was available. The MEA is committed to the well-being of its employees and understands that improving work-life balance is an important demand for them. For this reason, the April 15 counter-offers are enhanced and include improvements in response to this request.

It should be noted that the April 15 counter-offers were in response to the union’s April 8 offer.

In order to continue to serve the public, the MEA has evaluated all available options and will use, as of Monday, April 26, the provisions of the collective agreement that allow it to move to regular schedules in order to maintain the fluidity of the logistics chain. This option will help counteract the negative effects of the union’s overtime and weekend strike. In a follow-up message to CIFFA, the MEA explained that regular schedules will mean: The 80% of workers working 5.2h on an 8h shift will now work a full 7h.Normally there are 3 workers for 2 machines.Now there will be 3 workers for 3 machines.We win on productivity with every worker working a full shift on their own machine. On the Longshoremen’s Union Local 375 Facebook page, the following points were posted: The employer is using pressure tactics and has not addressed the union’s April 8 offer. The MEA’s two proposals of April 15 went back to the March 12 offer that the union had already rejected by a vote of 99.71%. Union president Martin Lapierre said the mediators had asked the union for its questions to the employer in writing, and the union was in the midst of providing these when it received word that the employer had modified work schedules.