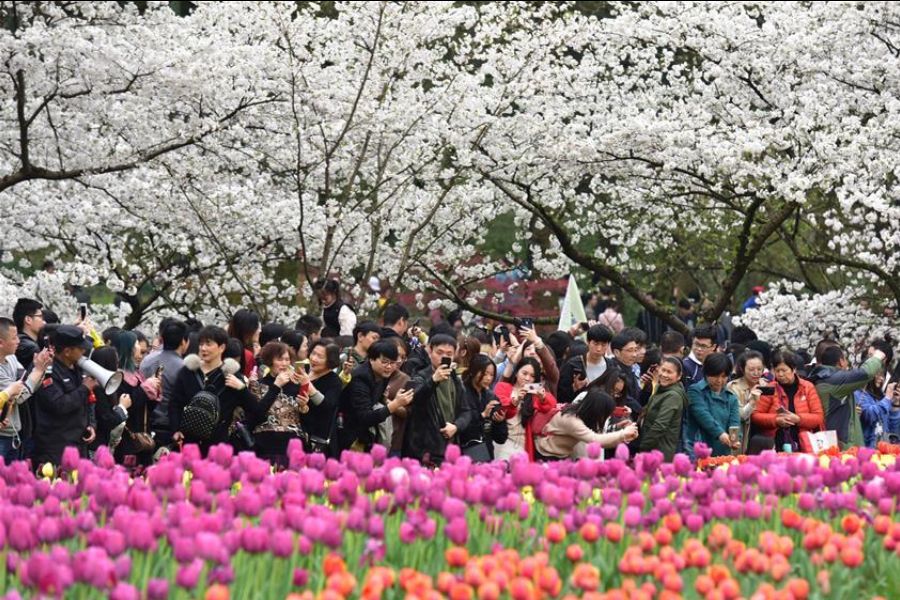 Chinese New Year is also known as the Spring Festival

The Chinese New Year is also known as the Spring Festival because the holiday marks the end ofthe coldest days. People welcome spring and what it brings along: planting and harvests, new beginnings, and fresh starts.

You can also call it the Lunar New Year because countries such as North and South Korea andVietnam celebrate it as well. And because the Spring Festival goes according to the lunar calendar There’s no set date for Chinese New Year.

According to the Lunar calendar, the Spring Festival is on January 1st and lasts until the 15th(the full moon). Chinese New Year ranges from January 21 to February 20.

The lunar calendar is still really important in China, even though it has officially moved to theGregorian calendar like the rest of the world. All traditional holidays and days such as theWinter Solstice are celebrated. Some people still calculate their birthdays and ages according tothe lunar calendar too! 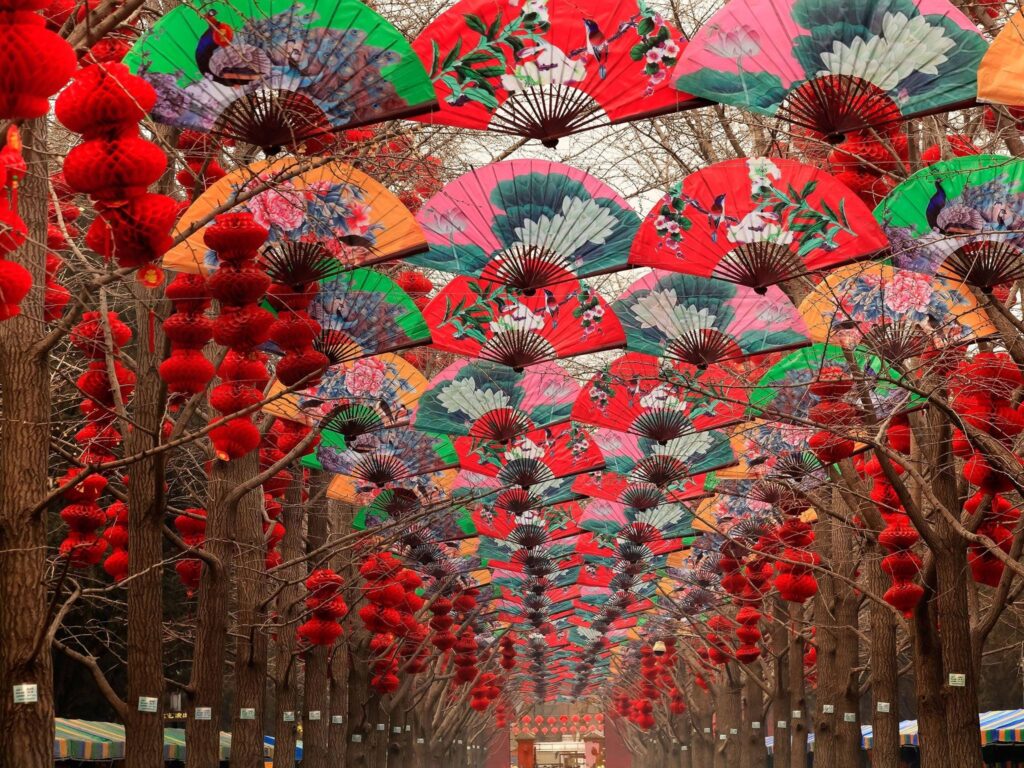 Most fireworks are set off in the world that night

Just like in the Western world, people stay up on Chinese New Year’s Eve and set offfirecrackers at midnight. In the morning, firecrackers are used again to welcome the new year and good luck.

That same night, families also burn fake paper money and printed gold bars in honor of their deceased loved ones. 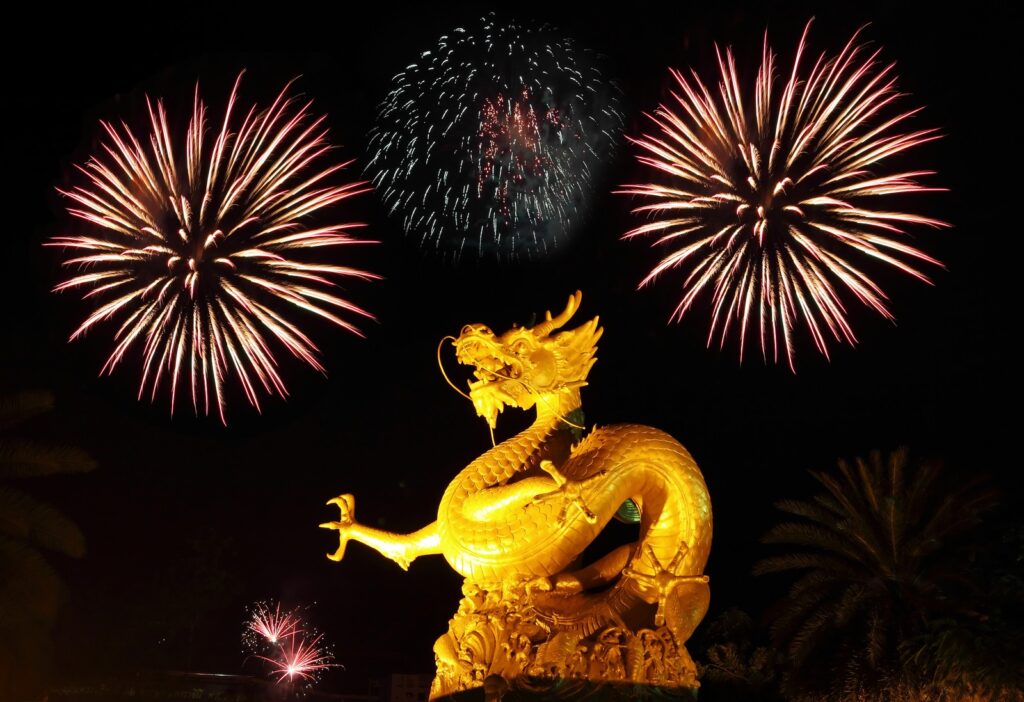 Children receive lucky money in red envelopes
In other cultures, children receive gifts for holidays. Gifts are also exchanged during the Spring Festival. But Chinese children receive something else too- Red envelopes that include money,which is meant to help transfer fortune from the elders to the kids. They can also be givenbetween bosses and employees, co-workers, and friends. 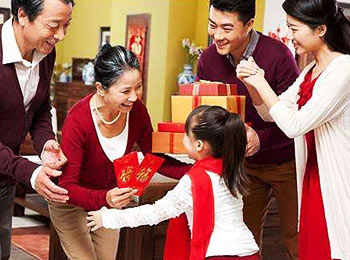 Take the tangyuan for example. It literally means “soup balls.” But it sounds like tuanyuan (团),which means reunion. So it’s no surprise it’s a popular dessert during Chinese New Year.

Niangao (年糕) is a type of rice cake. It symbolizes success each and every year.

Fa gao (发糕) is a the hybrid of sponge cakes and muffins. People dye it festive colors. The fa isthe same as in fa cai (发财), which means “to get rich.” And everyone wants that!

Isn’t it nice to have a better reason to get seconds? 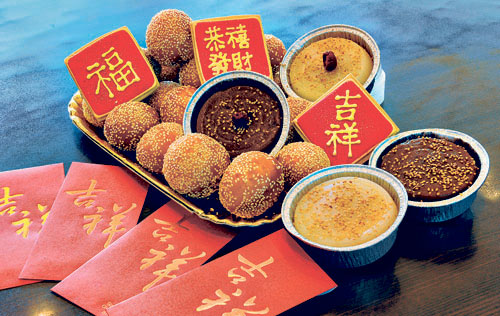 The New Year greeting in Chinese is “xinniankuai le” 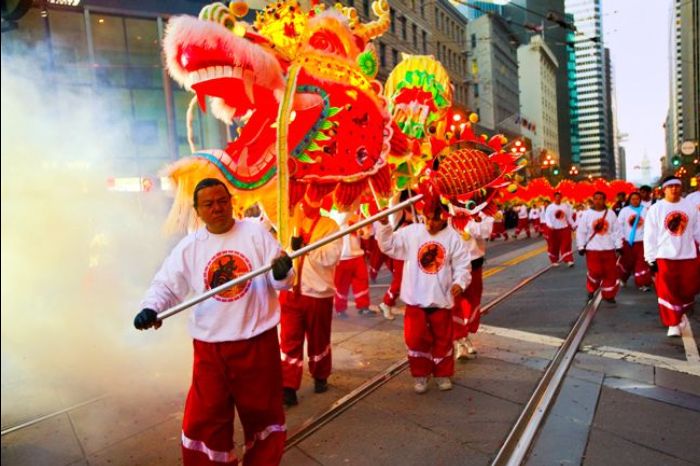